Plant a tree in memory of Fay
An environmentally-friendly option 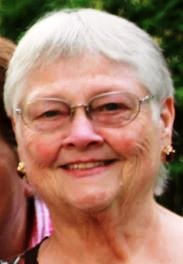 Fay Gray, age 80, of Gladstone, Illinois passed away at Roseville Rehabilitation and Health Care Center on Tuesday April 13, 2021 at 8:00 pm. Fay was born on December 15, 1940 in Burlington, Iowa and is the daughter of Ruey Miller and Goldie Fay Brent Huffman. Fay was raised in Henderson County where she attended local schools and graduated from G & O High School in 1958. She then attended Western Illinois University. Fay married Larry E. Gray on December 5, 1959 in Gladstone, Illinois and he preceded her in death on June 29, 2010. Fay was teacher's aide for thirty years for the Union School District 115. She also was a homemaker in her own home raising her three children. Fay loved to play Bingo, loved to watch game shows, and enjoyed doing Sudoku puzzles. She is a member of the Henderson County Home Extension, the Henderson County Red Hatters Society, the Henderson County Retired Teachers, and going for rides in the truck with her husband. She formerly was active in the Gladstone United Methodist Church. Fay is survived by her daughters, Deb Palmer and Danny and Cindy Gray and Doug, and her son Tim Gray, all of Gladstone, Illinois. She has two grandsons surviving, Dustin Palmer of Savannah, GA and Steven Palmer of Lebanon, OR.  She also is survived by one sister, Pauline Hinshaw and Durbin of Stronghurst, Illinois. Preceding Fay in her death are her parents and her husband Larry.

A graveside funeral service and interment is planned at 11:00 am on Tuesday April 20, 2021 at the Oquawka Cemetery in Oquawka, Illinois. Friends may pay their respects to Fay at the Turnbull Funeral Home in Oquawka, Illinois during the day on Monday April 19, 2021. Memorial funds have been established for either the Gladstone Fire Department or the Gladstone Ambulance Service. To leave a remembrance of for more information please visit www.turnbullfuneralhomes.com

Plant a tree in memory of Fay by clicking here.
To send flowers to Fay's family, please visit our floral store.

Plant a tree in memory of Fay
An environmentally-friendly option

Plant a tree in memory of Fay

3 trees planted in memory of Fay

So sorry to hear the news about the passing of your mother...Just wanted you to know we are thinking of you...

Debbie and Tim
My condolences during this difficult time.  May your memories help you in the days to come.

You all are in my prayers and thoughts. Sending big hugs. Your Mom was always so nice to me while growing up in Gladstone.
Marla McCabe Hartman

Thinking of you, Cindy, Debbie and Tim!  Sorry for your loss!!

Fay was a sweet, generous lady. Always enjoyed having her and Larry as neighbors and visiting with them. She will be greatly missed. Prayers and hugs to all her family.

Plant a tree in memory of Fay